A letter from Dr. Mario Beauregard, author of the book The Spiritual Brain was published in the January 2012 edition of the respected international medical journal called Resuscitation. Its content has been prominently featured in the website of the International Association for Near-Death Studies as further proof of the immaterial reality of the nature of experiences undergone during near-death experiences (NDEs). The letter is entitled, "Conscious mental activity during a deep hypothermic cardiocirculatory arrest?", and can be downloaded by clicking on this link. Below is a summary of the letter.

Regrettably, the quality of the journal seems to be no guarantee for scientific accuracy in the case of this truly misleading article. It is not only misleading, but raises a considerable number of questions which regrettably go unanswered in this letter. I will begin with the most misleadingly inaccurate aspect of the this letter, where Mario Beauregard states the following:

During the last decade, prospective studies conducted in the Netherlands, United Kingdom, and United States have revealed that approximately 15% of cardiac arrest survivors report conscious mental activity while their hearts are stopped.

This statement reveals that Mario Beauregard ignores, or is ignorant of more than 50 years of cardiological research. Consciousness is possible without heartbeat. There are several well-researched situations proving just this fact. Consciousness without any heartbeat at all occurs under the following situations:

This woman was in a life-threatening and unstable circulatory situation when she underwent her underwent a caesarean section. One of the unanswered questions in the article of Mario Beauregard is the nature of the anesthetic used for the caesarean section. All we read in his letter is that this woman whose initials are given as J.S.:

J.S. first underwent an emergency caesarean section. After having successfully delivered a baby boy, she was then transferred to a surgery room to undergo the replacement of the ascending aorta. She did not see or talk to the members of the surgical team, and it was not possible for her to see the machines behind the head section of the operating table, as she was wheeled into the operating room. J.S. was given general anesthesia and her eyes were taped shut.

This is a very strange passage.

These are some of the reasons why "Conscious mental activity during a deep hypothermic cardiocirculatory arrest?" is a very strange and misleading report. This brings us to the matter of her period odf awareness while on cardiac bypass. There are several reasons why people on cardiac bypass have a high chance of developing awareness. In the case of the woman reported by Mario Beauregard, we read nothing about the nature of the anesthetic. In fact, he ignores the anesthetic aspect entirely, while the nature of the anesthetic determines that chance of awareness. Again, another very curious and strange aspect of this letter. So what are the factors making awareness likely during cardiac bypass?

As to the matter of the out-of-body experience (OBE). It is being increasingly realized that OBEs are manifestations of abnormal displacement of body image induced by a multitude of factors. In fact the study of OBEs is the subject of considerable international standard neurological research (see Brugger, et al, 2009). Drugs used for anesthesia are all known to induce OBEs as well as the feelings of peace and joy described by Mario Beauregard (see Illusory Souls).

In conclusion, the letter "Conscious mental activity during a deep hypothermic cardiocirculatory arrest?" in no way supports the belief in a separable immaterial consciousness. Mario Beauregard implies this possibility in a roundabout and tendentious manner, but the facts as reported in this letter raise more questions than answers. It would be interesting to see the actual operation reports, to learn the locations of the operating theaters, and especially interesting to see the anesthetic reports to determine whether consciousness was possible. Until such information is available, this report remains no more than described, misleading, suggestive, and providing too little information to form any conclusions. 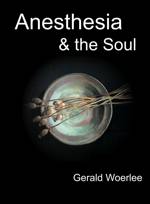